It begins next to the last observatory on the left of the Wild Olive Lagoon (Laguna del Acebuche) trail. It is accessed by taking the exit at km 12 of the A-483 El Rocío-Matalascañas road. Continuing approximately two kilometers along a paved road, you reach the El Acebuche visitor center, in whose surroundings these trails are located and is organized in consecutive circuits that go around the canals through walkways. Several linear branches lead to observatories designed to contemplate the fauna.

The Patch and Straw lagoons make up, together with other small temporary lagoons, a complex of which the Wild Olive lagoon is also a part of and which has its origin in the outcropping of groundwater, since the water table is practically on the surface.

It runs entirely through the preserves, thick bushes in which small stone pine forests stand out with scattered juniper feet. They constitute an ideal habitat for small and large mammals. Although they are quite elusive, it will not be difficult for you to find traces of deer, wild boar, mongoose, fox, badger, or perhaps spot them in the thick bush.

The flora, highly conditioned by the level of waterlogging and, therefore, with a marked seasonal character, presents species such as reed balls, cattails, buttercup, grass or millet or the so-called marsiega.

The trail runs entirely through the preserves. A system formed by thick thickets of heterogeneous composition in which small stone pine forests stand out with scattered juniper feet. The preserves present differences in their vegetal composition depending on their proximity to the water table:

– The Monte Negro colonizes areas with very humid soils, where the water table is almost superficial and, therefore, surrounds the flooded areas. It is a dark and dense thicket in which broom heather dominates, usually accompanied by heather and gorse.

– The Monte Blanco is located in the driest and highest areas. It is dominated by a thicket of white rock rose accompanied by male rosemary, tagasaste and Moorish rock rose, among others.

Other Mediterranean species appear in the most exposed areas, such as lavender, rosemary and marjoram.

Near the Wild Olive Visitors Centre

It begins next to the last observatory on the left of the Wild Olive Lagoon (Laguna del Acebuche) trail. It is accessed by taking the exit at km 12 of the A-483 El Rocío - Matalascañas road. Continuing approximately two kilometers along a paved road, you will reach the El Acebuche visitor center, in whose surroundings these trails are found.

That have their origin in the outcrop of groundwater, since the water table is practically on the surface of the area. 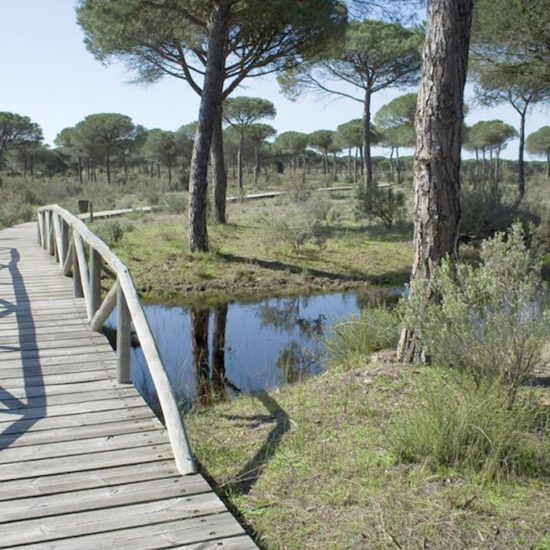 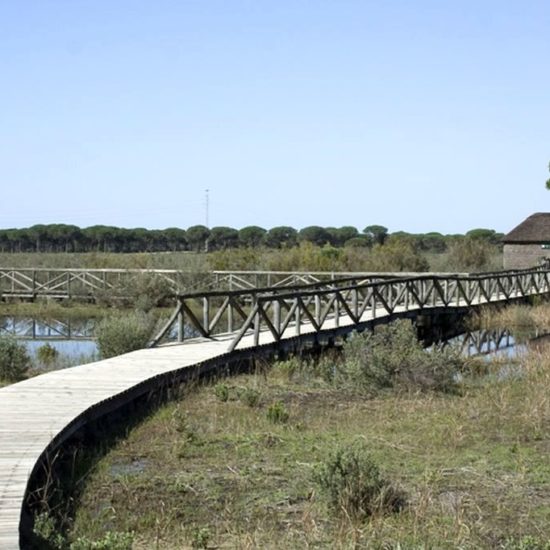 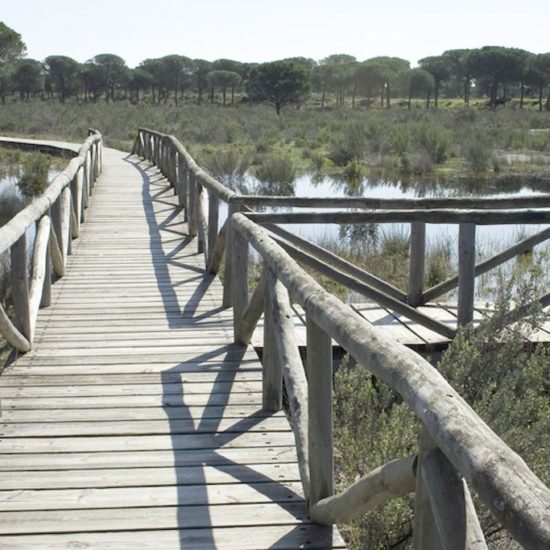