Near El Rocío village and located in the lower course of the creek of the same name, La Rocina Visitor Center also serves as a starting point for the interesting trail that runs along part of its run.

La Rocina represents the main source of water that reaches the marsh. It contains a very rich natural environment, with a dense network of small tributaries. It consists of a mosaic of different landscapes ranging from pine forests, ferns, heaths, brambles and reeds to the typical vegetation of the white forest, mainly composed of jaguar and aromatic bushes such as lavender, rosemary and thyme. In addition to explaining these plant formations, the visitor center also shows the fauna present in them, where migratory and aquatic birds abound, such as the voluminous greylag goose, the striking Purple Gallinule or the endangered Crab-eating Egret.

From the A-483 road, which joins the Village of El Rocío with the center of Matalascañas, take the exit that indicates La Rocina and El Acebrón. As soon as you leave the road, next to the car park, you can find the visitor center.

Come and check in on

During the visit it is possible to learn about the traditional huts where the "rocieros" used to live, as well as the history of this world famous pilgrimage. 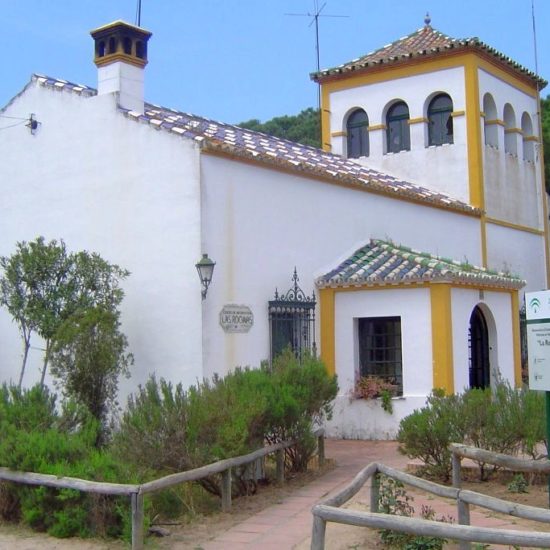 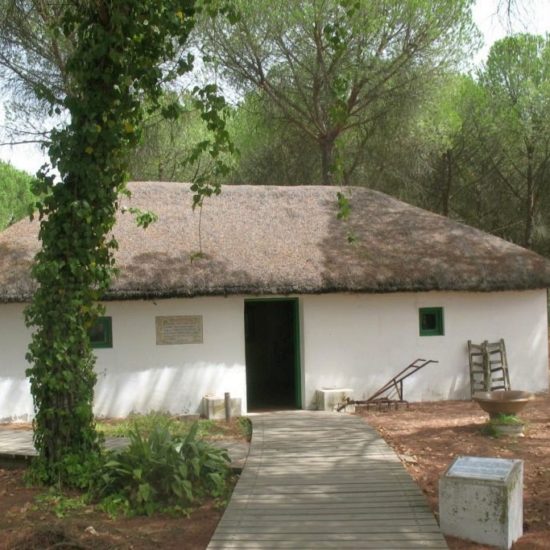