The Mouth Puddle trail (Charco de la Boca trail begins in the front yard of the La Rocina visitor center. It takes place in several contiguous paths that allow you to organize the route according to your interests. The route heads towards the bank of the stream through a pine forest under which a carpet of herbaceous plants extends. The stone pine is a species whose appearance in the area has been documented since the 18th century and which today constitutes one of the most identifying landscapes of Doñana.

The first observatory overlooks the last section of the stream where the channel becomes wide and shallow. In times when the area remains flooded, countless birds populate these waters. The path then enters the Algaída del Carrizal, a tributary of the stream that is covered with abundant vegetation. The walkway skirts willows and reeds, offering a privileged view of the flooded areas.

Once the channel has been crossed, the pine forest continues, which occupies the entire route until reaching the second observatory on the stream. After this you can see the Algaida del Meloncillo, another pipe that carries water to the stream. On both banks, the ground has been covered with a dense fern as a transition to the riparian vegetation that covers the riverbed. Several specimens of large cork oaks located very close to the water next to the willows stand out. At this point the path forks, offering the option of continuing along the footbridge or entering the pine forest again.

This second footbridge leads to a flat and clear terrain, occupied by the White Mountain, in which the pines give way to a cover of white rock rose accompanied by various aromatics such as rosemary, lavender or marjoram. In the surroundings of the stream the soil is more humid and rich and the vegetation is diversified, revealing wild olive, Kermes oak, mastics or palm hearts.

Following the other branch of the path, it will go back into the pine forest to end up, once again, in the Algaída del Carrizal, where the reeds dominate the perspective. Climbing species are entangled between them, thus supporting their long and flexible stems, seeking the illuminated areas; sarsaparillas, honeysuckles, morning glory and blackberries create a dense and intricate tangle.

Next to the Rocina Visitors Centre

On the A-483 road, which joins the village of El Rocío with the center of Matalascañas, we take the exit that indicates La Rocina and El Acebrón. As soon as we leave the road, next to the car park, we find the visitor center and the path next to it.

An ideal breeding area for the Purple Swamphen, Eurasian Torrillo or Marbled Teal. It is also possible to observe other species that frequent this environment such as the Glossy Ibis, Little Egret, Gray Heron or Imperial Heron, among others. 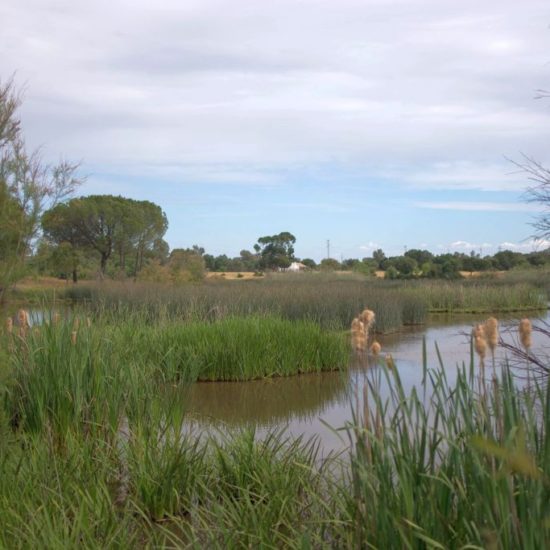 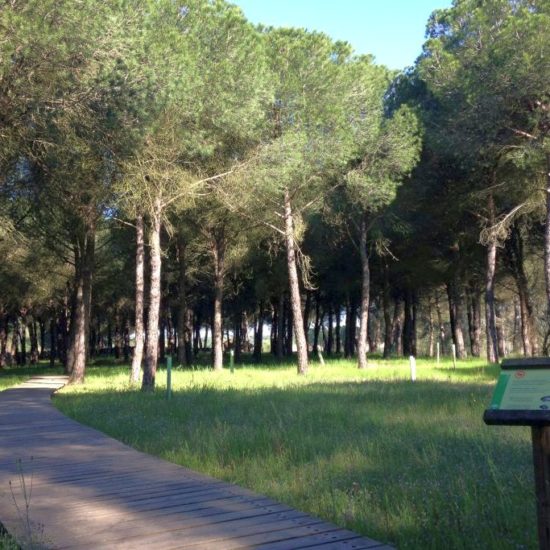 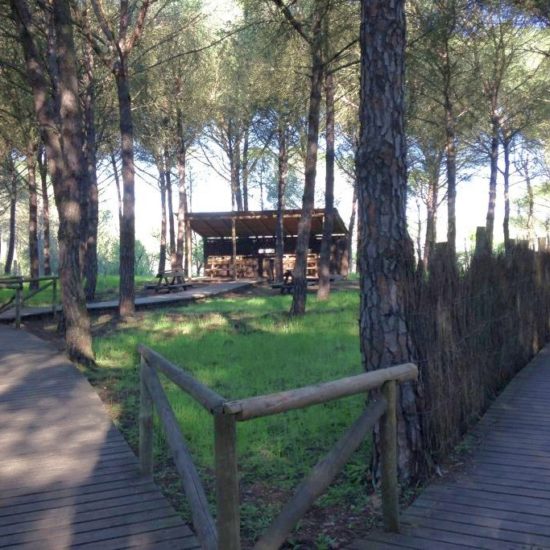 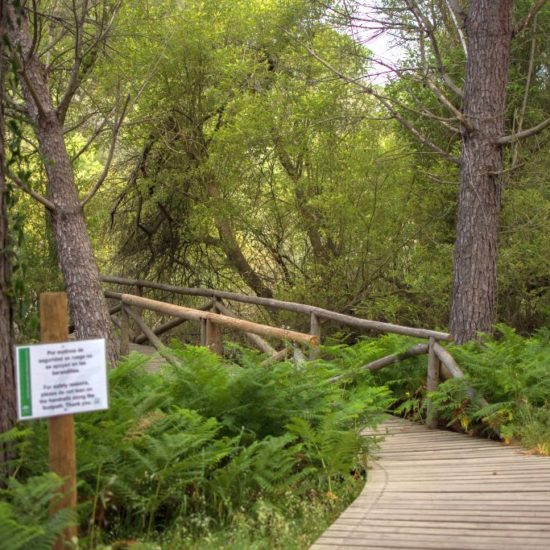