Lush vegetation frames the stream which, at this point, pools in a small lagoon locally called Charco. At the foot of the pond stands one of the most peculiar buildings in this territory, the Acebrón Palace. Built in 1961 by Luis Espinosa Fontdevilla as a private residence, today it is one of the visitor centers of the national park. The exhibition complex that it houses offers the possibility of approaching cultural and ethnographic events in Doñana and learning about some of the characters that have starred in them. Next to the palace begins the pedestrian path that goes into the protected territory and will bring you closer to scenarios that, year after year and century after century, have distinguished these forests.

During spring and summer the forest is presented in all its splendor. After flowering, which occurs between December and April, the new leaves form a green canopy that closes off the space, creating a shady atmosphere. Large ash trees flank the entrance, standing on the shore, very close to the water. The ash occupies dark soils that are rarely flooded, but always remain cool. These large trees, with compound leaves and a rough trunk, have been the object of intense use since ancient times.

Next, and occupying almost the entire riverbed, the Willow Grove can be seen. The walkway will allow you to closely appreciate willows, locally called Zaos, and blood willows, a species endemic to western Andalusia representative of a tertiary flora that survives in these cool and humid areas. Along with them, various climbing species: honeysuckle, wild vine or sarsaparilla form a compact plant mass where countless small birds hide.

Behind the riparian forest appears the stone pine grove. A drier and higher ground that was occupied decades ago by eucalyptus plantations. Today, after the elimination of exotic species, the native vegetation has recovered. Various woody species such as hawthorn, rosemary, mastic, rock rose, Moorish rock rose, gorse or daphnia form the undergrowth of the pine forest and continue to colonize the territory little by little.

The trail enters the riparian forest again to avoid the stream. Before leaving this second footbridge, you will be able to observe, under the willows, interesting species of ferns such as the royal fern and Thelypteris palustris. Behind them, the cork oak forest appears.

Here the soil is dark and rich and accumulates abundant organic matter. In these more sheltered areas peat bogs are formed, valuable and extremely fragile biotopes that are home to very rare plant communities characterized by the presence of ciliated heather, dwarf gorse and numerous herbaceous species of humid environments. In the last section of the trail, several tributaries of the stream, known locally as algaidas, present a high density of vegetation with species such as reeds, typha and saw-sedge, among others. Next to these algaidas appear numerous specimens of white poplars that will accompany you until the end of the route.

From the A-483 highway, take the exit that indicates La Rocina and El Acebrón. Once past the La Rocina visitor center, continue for seven kilometers along the H-9023 until you reach the Acebrón Palace car park. The path begins in the vicinity of the aforementioned Palace.

Centennial large trees extend their branches through a shady and exuberant space. Under the trees there is a dense carpet of common fern that increases the coolness and thickness of the area. 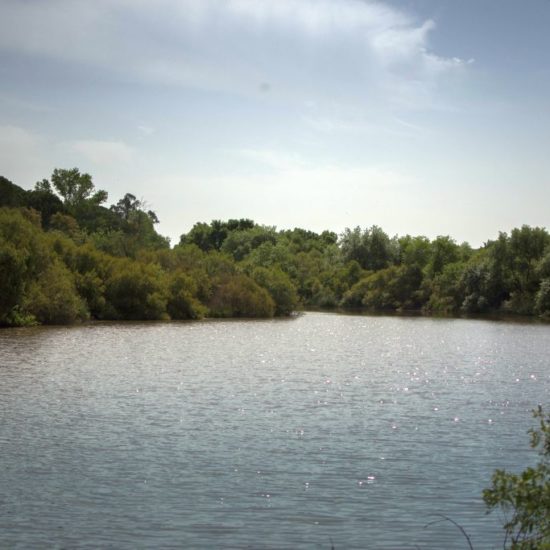 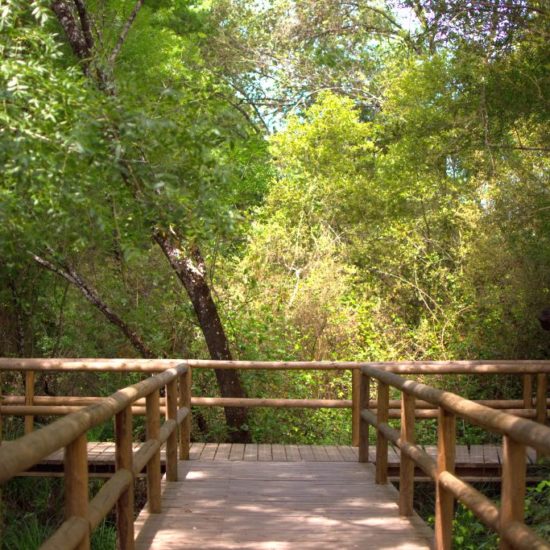 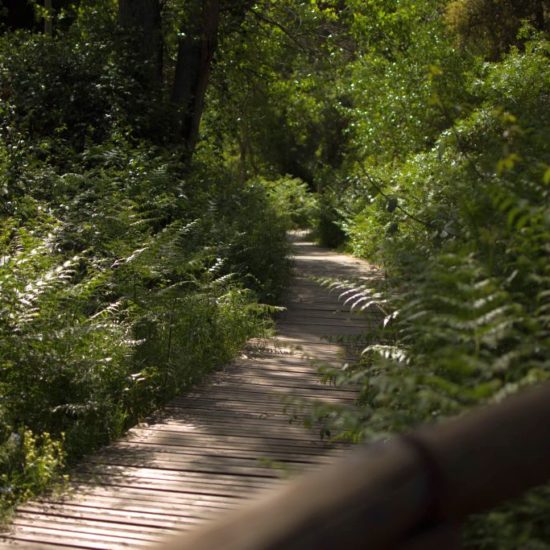 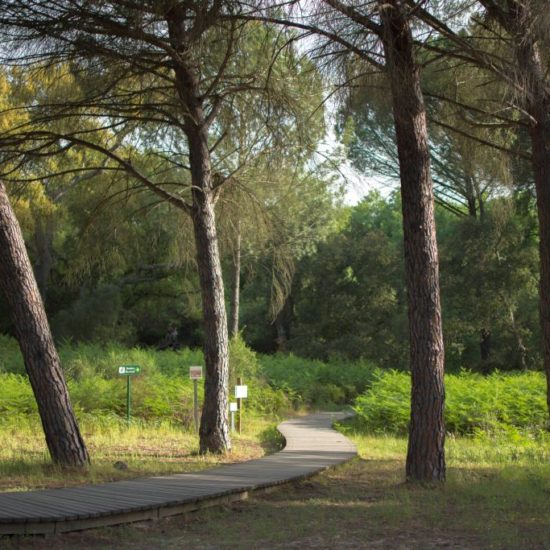