A Tradition For Almonte

It is known by the name of Rocío Chico, which was given to the act of thanksgiving that our ancestors made in 1813, motivated by the fight that the people of Almonte maintained, against the French troops, on the invasion of Spain by Napoleon’s army. There were several episodes of resistance against the invader, and only thanks to the intercession of the Virgen del Rocío, they did not have fatal consequences for the people of Almonte, which could have even led to their disappearance by homicide.

On the 17th of August, 1810, a group of thirty-nine patriotic citizens of Almonte assaulted the barracks that the French army had established in the town, killing Captain Douseau and five other soldiers. This was the trigger for the purpose of looting and burning the population by the French, which Almonte faced with prayer, then invoking the Virgen del Rocío for mediation, the prayers were heard and the eight hundred French soldiers that were sent from Seville to annihilate the population never reached the town.

In remembrance of these events and when the French army definitively withdrew from Spain, the representatives of the town of Almonte, the City Council, the Clergy and the Governing Brotherhood, wishing to express the recognition and gratitude that they owe to the Almighty God Our Lord, for the intercession of the Queen of the Angels, María Santísima del Rocío, unanimously agreed, on August 16, 1813, to make a formal and expressive vow, in Her name and that of future generations, for which from now on and forevermore, the morning of the nineteenth of August in El Rocío, celebrating Solemn Mass in the Hermitage in the morning, in thanksgiving for the singular favor of saving the people.

This is the promise of the “Rocío Chico” that, as a proof of faith and gratitude for the favors received from its Patron, as a consequence of those events, the town of Almonte continues to celebrate every August 19. 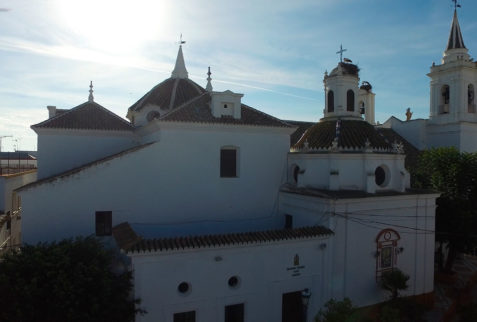 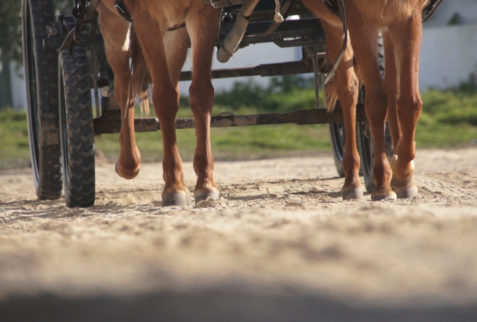 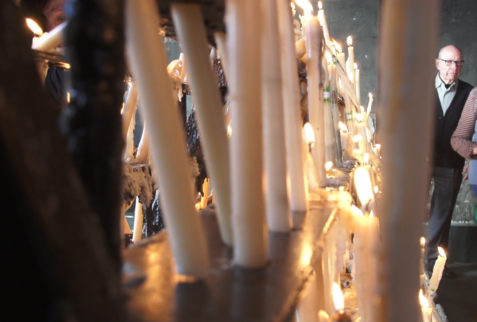 The acts that are celebrated each year consist of cults to the Virgin, which begin with a preparatory triduum, from the sixteenth to the eighteenth of August; on the night of the eighteenth, Procession of the Holy Rosary, through the streets of Rocío and, on the morning of the nineteenth, Solemn Votive Function, in which the Vow of thanksgiving is renewed. At its conclusion, a Eucharistic Procession takes place, with the Blessed Sacrament under a canopy, around the Sanctuary. Every year, the days on which the Rocío Chico is celebrated, despite the many thousands of people devoted to the Virgin who participate in the cults, are always days of intimate and familiar encounter with the Virgin del Rocío, to thank Her, to be simply with Her, far from the party and the pilgrim atmosphere that characterizes other moments of the Rocío calendar.

In 2013, the bicentennial anniversary of Rocío Chico was celebrated, an important event that led to the concession, by the already ordained Pope Emeritus, S.S. Benedict XVI, of a Jubilee Year of Rocío. On August 19, 2013, an Extraordinary Procession of the Blessed Virgin took place through the streets of Rocío. At sunset that same day, the Brotherhood held an extraordinary council, in which the vow of thanksgiving to the Virgin, formulated by our ancestors in 1913, was renewed, followed by the solemn Votive Function of Rocío Chico.